The City of Tartu is the second largest city in Estonia and is known for its great efforts in developing a green future and a Smart City. The Tartu Region Energy Agency (TREA) was established already 11 years ago by the City of Tartu as an energy consultant and agency.

Led by the city government and with active involvement of citizens, the climate action plan “Tartu energia 2030” has been developed and is currently in the final stages of approval. The main strategic objectives of the plan are:

To achieve these objectives, TREA has been in the planning stages to install Photovoltaic panels (PV) on roofs of public and apartment buildings to establish a citizen-owned PV park, like possibly in the main stadium of Tartu (pictured). The project has been identifying roofs for PV installation, disseminating information among key stakeholders and working together with key stakeholders.

Substantial knowledge and experience of energy communities has already been gained by TREA through participation in the Co2mmunity project. Within this project in Tartu, citizens will be active shareholders and form an energy community. This will then serve as a model for future endeavors and will help to reach renewable energy goals in and beyond Tartu.

The pairing partner is the pilot project from Finland. 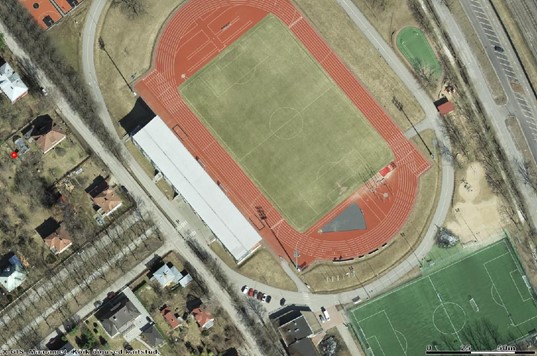 Energize Co2mmunity in a Nutshell